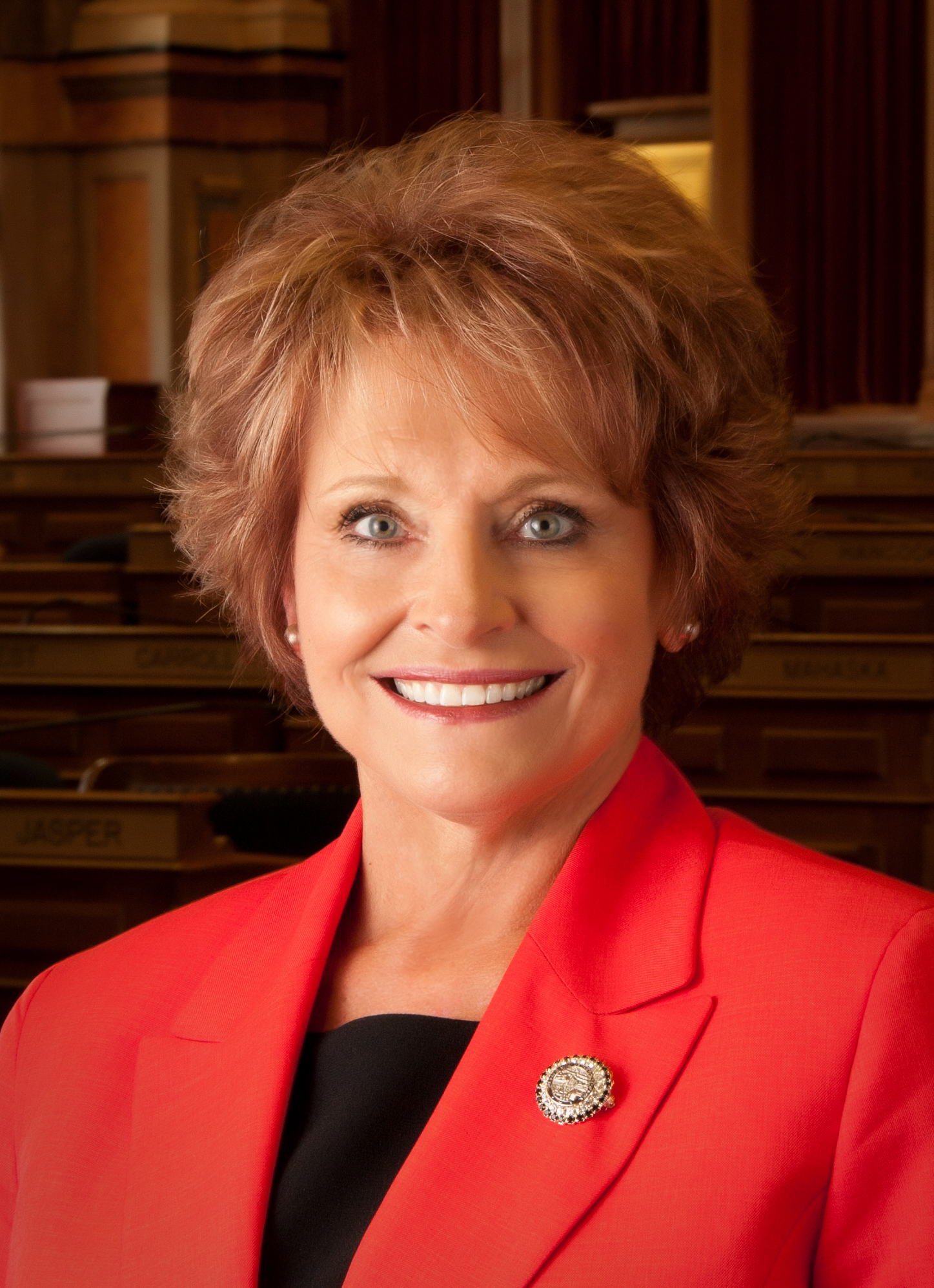 (Forest City, IA) July 17, 2020: Rural Development Partners (RDP) is pleased to announce that Linda Upmeyer has joined the RDP Governing Board. Linda is completing her ninth, and final, term in the Iowa Legislature where she most recently served as Speaker of the House from 2016-2020. Prior to becoming Speaker, Linda led the caucus as House Majority Leader from 2010-2015. She is the first woman in Iowa history elected to either position. As Speaker, she led a budget of nearly $8 billion in state funds and $8 billion in federal funds while administering the operations of the Iowa House of Representatives and jointly administering the operations of the legislative branch. She is also a Family Nurse Practitioner with a Master of Nursing from Drake University and completed her undergraduate work at the University of Iowa. Her practice focus was cardiology and case management.

As a legislator, Linda was involved with several national associations of legislative bodies and currently serves on the Executive Boards of the National Conference of State Legislatures, the American Legislative Exchange Council, and the Midwest Conference of State Legislators. She is co-chair of Right Women, Right Now, an initiative aimed at recruiting women to run for public office. In 2016, Linda was awarded the Hoover Uncommon Public Service Award by the Herbert Hoover Presidential Library Foundation.

Linda served thirteen years as a trustee at North Iowa Area Community College prior to her legislative service. In that role, she served on both the state and national association boards. She then served on the Foundation Board for the college.

Her roots are deep in agriculture, having been raised on her family farm operation and continuing that legacy with her husband, Doug, and their family. As a young mother she served on her county extension council and as a 4-H leader. She and her husband continue to operate the family farm, teaching their grandchildren the importance of their agricultural roots.

About RDP: Rural Development Partners has a mission to forge public-private partnerships for catalytic job growth in rural America. RDP is a Community Development Entity (CDE) with a nationwide service area. As a CDE, RDP is eligible to apply for an annual allocation of Federal New Markets Tax Credits (NMTCs). From 2004 through 2020, RDP has won nine NMTC awards from the U.S. Treasury totaling $606.7 million. RDP works to combine NMTCs with bank loans and tax credit investors to create more favorable financing solutions than are available through conventional lending and investing.