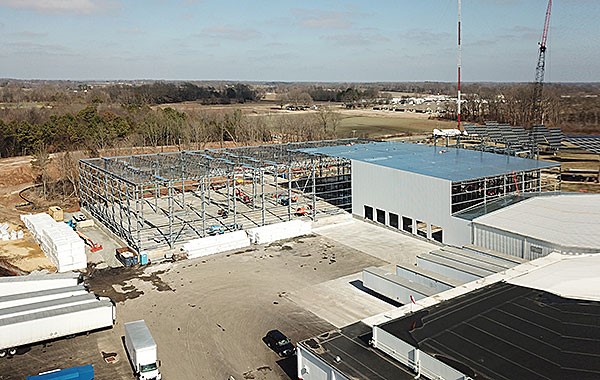 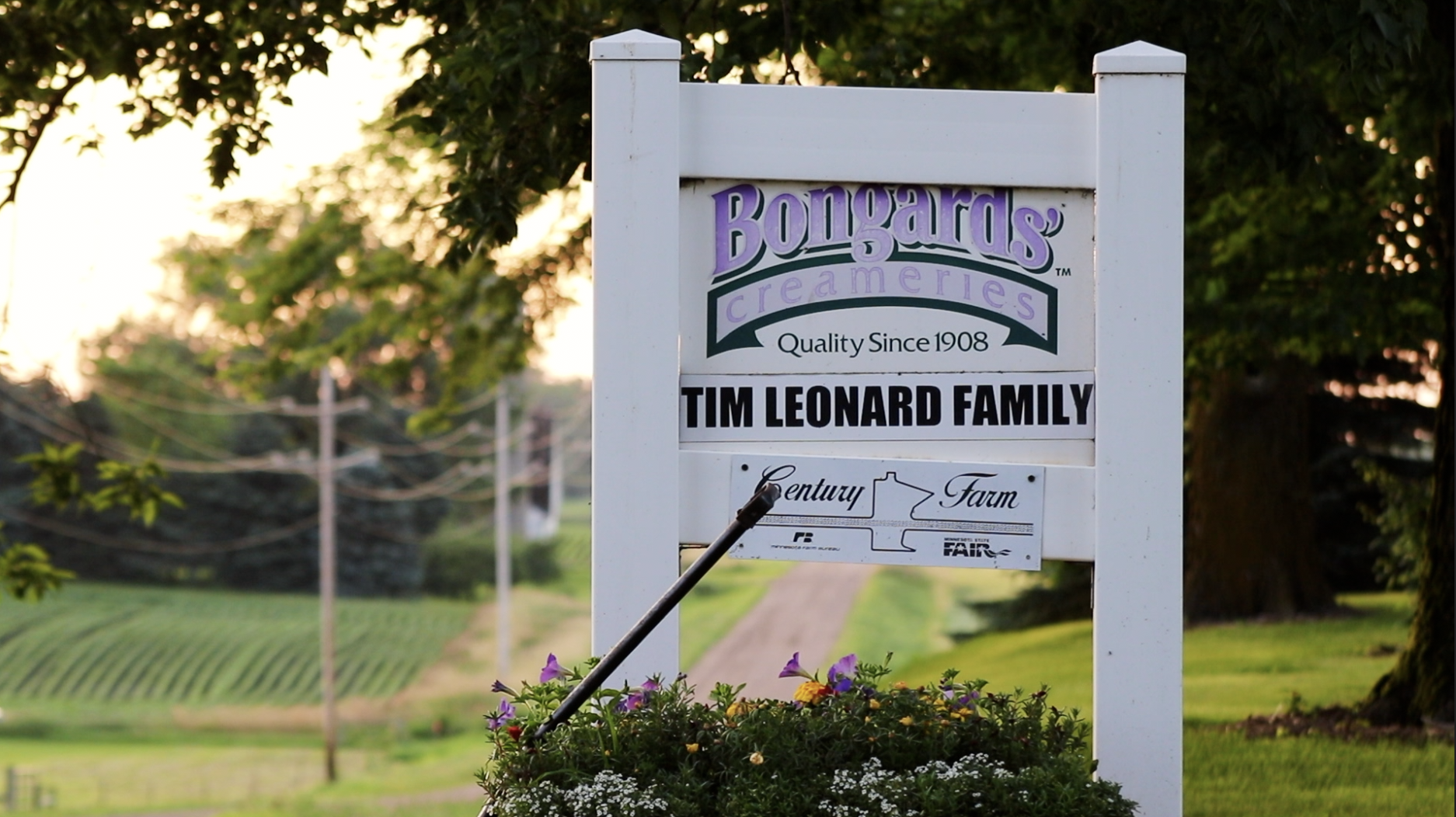 Humboldt, Tennessee may be best known for 80 years of hosting the annual West Tennessee Strawberry Festival.  Like many towns in rural America, Humboldt’s greatest resource is its people, which is why a 13% population decline since the 2000 census hurt so much (9467 residents in 2000 to 8235 in 2016).  The Great Recession saw the loss of factories and jobs in and around Humboldt.  City-data.com reports that 26% of all jobs in Humboldt are manufacturing-based, and more than a fifth of the residents live below the poverty line.  But rural American communities don’t take bad news lying down; rather, people come together and work to make their own luck.  One piece of good news in Humboldt occurred in 2010 when Bongards Creamery purchased a plant in the industrial park on the north side of town.

In 1908, a group of Minnesota dairy farmers joined to form Bongards co-operative.  Today, Bongards Creamery relies on more than 400 family owned farms for the milk needed to produce over 350 cheese varieties.  All but one of the dairy farms is located in Minnesota, and 93% are small farms with 200 or less cows.  Over the past 100+ years, Bongards has built a vertically integrated supply chain to control quality all the way from the cow to the table.  Customers can enjoy Bongards cheese sold in delis, served in restaurants, or as an ingredient in other commercially produced foods such as lasagna. Bongards is also the second largest cheese provider for U.S. school children in all 50 states, and Bongards is the sole provider of USDA processed cheese loafs distributed to food banks nation wide.

In 2010, Bongards purchased a plant in Humboldt that was producing imitation cheese for pizzas.  Bongards transformed the plant into a natural processed cheese operation to support the growing demand for its products.  In 2017, Bongards obtained financing, through use of the New Markets Tax Credit program (NMTCs), to expand the existing plant by 55,000 square feet of plant and cooler space, as well as adding state-of-the-art equipment for cheese slicing and packaging.  The newly updated facility will serve as a major distribution hub and will help Bongards’ reach consumer and commercial customers across the southeast United States.  This is good news for Humboldt, western Tennessee, and hungry kids across the nation. 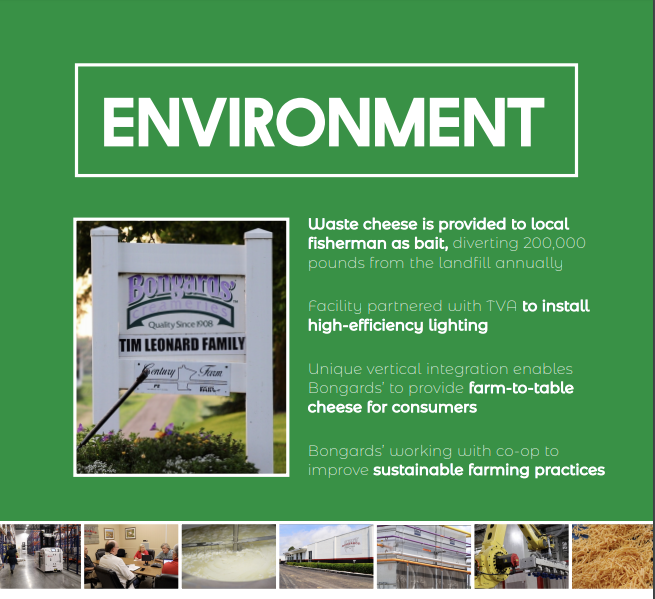 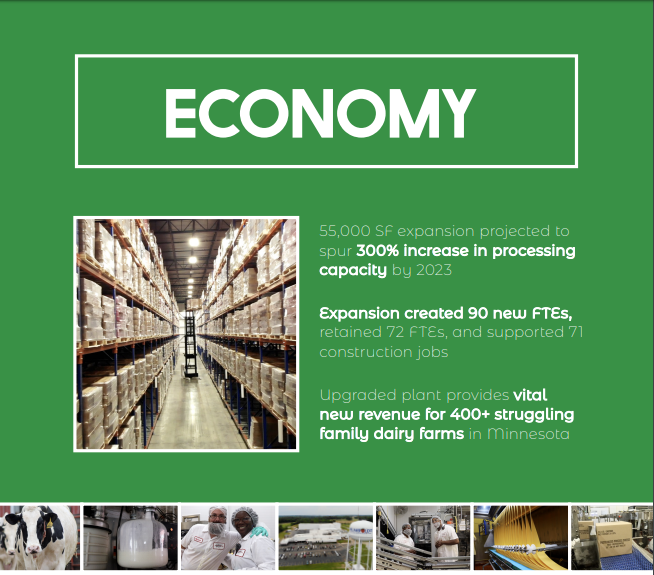 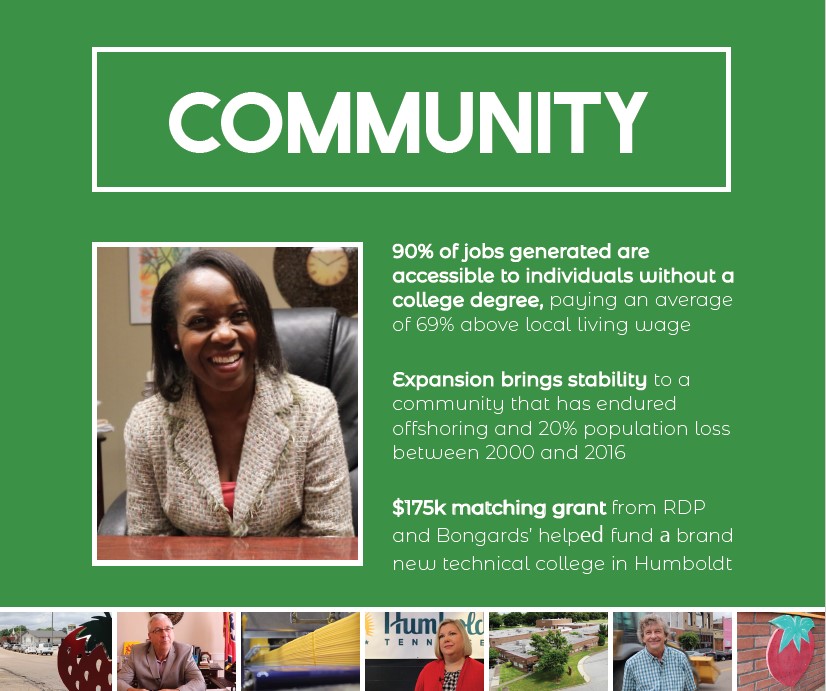 * 72 jobs retained
* 90 new jobs at the plant
* 71 construction full time equivalents created
* 27 additional indirect jobs due to increased economic activity from the expansion
* 95% of new jobs are accessible to individuals without a college degree
* All 90 jobs have full benefits, including 401(k) retirement, paid holidays and vacation days.