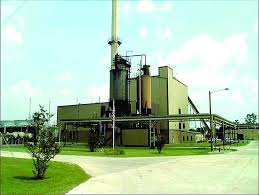 In June 2006, Riverstone acquired Kenansville from Hudson United and formed CCCP to hold the asset. While previous attempts had been made to operate the facility on biomass fuel, Riverstone and Topaz determined that the plant’s reliability using biomass fuel could only be assured by investing the capital necessary to perform a comprehensive conversion. While executing the conversion to biomass, CCCP received approval from the North Carolina Utility Commission in June 2008 for Kenansville to become the first plant in the state authorized to generate and sell Renewable Energy Certificates (“RECs”) under the recently adopted Renewable Portfolio Standard (“RPS”).

With the conversion to biomass and the REC authorization, CCCP was able to successfully negotiate a renewable PPA with Progress for all of the plant’s electrical output through 2014.

The current owners, with management services now provided by Topaz, have made great strides in redesigning the facility to function properly with a biomass feedstock. Without NMTC financing, improvements could only be funded by internal cash flows, which could take several years to accomplish.

If not for this allocation, completion of this project would have taken longer and delayed conversion of two additional coal-fired plants.