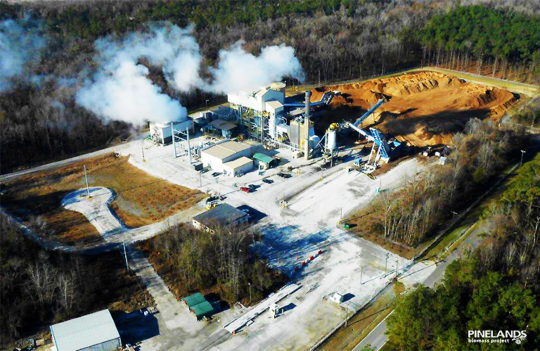 Allendale, SC – The project consists of the development of two identical 21 MW biomass generation facilities which will convert wood pulp and debris into electricity for use throughout South Carolina. Southeast Renewable Energy, LLC (“SRE”) currently owns the project, but SRE intends to transfer its current 100 percent ownership of the two plants to enXco Development Corporation (“enXco”).

Both facilities will be using biomass from logging residues, timber thinnings, and urban wood waste as its primary fuel source which will be supplied from an estimated 40 mile radius at each site. Estimates received indicate that each facility will require more than 200,000 tons of biomass per year. The biomass will be converted to electricity and 100 percent of this electrical power output will be sold to Santee Cooper (“Santee”), South Carolina’s state owned electric facility, through a 30-year Power Purchase Agreement (“PPA”) that includes an all-encompassing fuel cost pass-through.

9 direct jobs will initially be created to begin operations as a result of the proposed NMTC transaction.