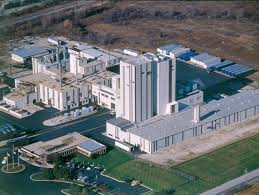 Roquette America is one of the world’s largest commodities processing companies, with 12 major processing centers in Europe, China, Korea and the United States. In 2008, Roquette America evaluated sites globally for an expansion of its polyol manufacturing capabilities housed at the Keokuk, Iowa, facility. The mannitol produced is a sugar-alcohol ingredient used in food processing, pharmaceuticals and others.

This expansion creates 22 new full-time jobs. It is projected that 450 full-time indirect and induced jobs in 427 other industries in the U.S. may be associated with the Roquette America expansion.  The expansion will generate an estimated $262,212 in annual property taxes.

$262,212 in annual property taxes from the expansion
$450,000 in community infrastructure fund

If not for the NMTC allocation, this facility may have been moved to another location, possibly in another country.