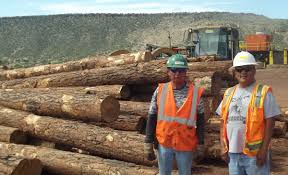 Whiteriver, Arizona – The White Mountain Apache Tribe utilized New Market Tax Credits to re-open a defunct lumber processing facility within the tribe. The saw mill, once one of the tribe’s biggest employers, closed in 2010, resulting in a significant loss of revenue and employment for the tribe. The tribe engaged two of the timber industry’s top consultants to revamp the business plan for the processing facility. With access to funds needed for equipment upgrades, purchases, installation, and working capital, the tribe reopened the mill in 2014.

Prior to this investment, the Median family income on the reservation was half the rate of Arizona as a whole, the poverty rate was 44 percent, and unemployment three times the national average. This project created 164 new jobs for tribal members, and achieved success in keeping the saw mill operational which was deemed a great investment for their community.

The project also helped improve forest health. Since the closing of the lumber processing facility in 2010, there had been minimal timber cutting on tribal land. Responsible timber harvesting has resulted in the restoration of fire damaged forests and the thinning of overcrowded forests. Both of these efforts result in higher productivity, habitat enhancement, reduced insect infestation, and decreased fire risk.