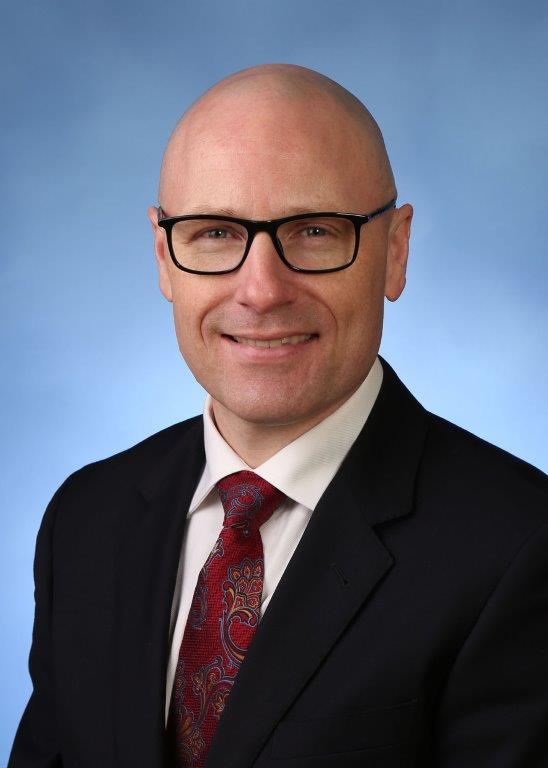 Jonathan previously served at an Iowa community bank as a director and executive officer responsible for the quality, profitability, and growth of the bank’s loan portfolio. Jonathan chaired the bank’s credit approval committee and supervised the departments of loan operations, commercial, ag, and personal lending.

Jonathan studied psychology and mathematics at Central College in Pella, Iowa before earning a master’s degree in math education from Drake University. He was a high school math teacher for five years before beginning a career in lending and business finance. Jonathan is a lifelong resident of rural Iowa. He resides in Forest City, Iowa with his wife Allison and his children Sam, Kate and Tess. 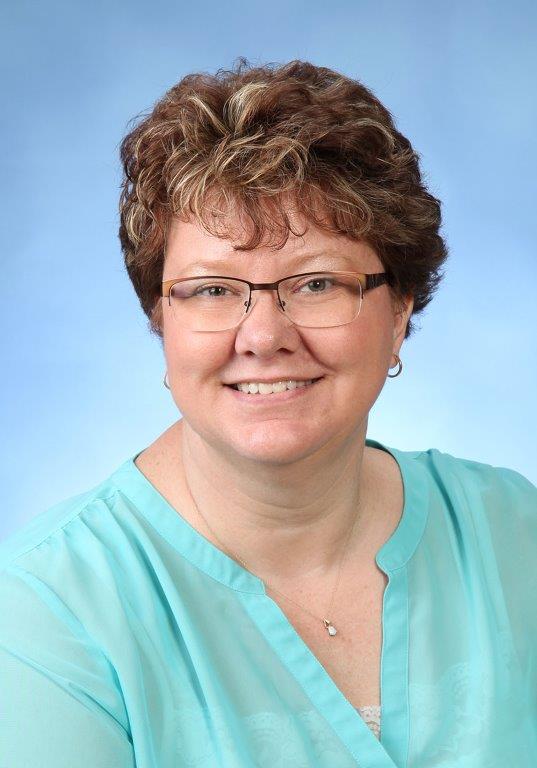 Kaye’s background includes diverse areas of knowledge in finance, accounting, analysis, and regulatory reporting. She has a BA degree in accounting and business administration from Buena Vista University. Kaye currently resides in Northwood, Iowa, with her husband. 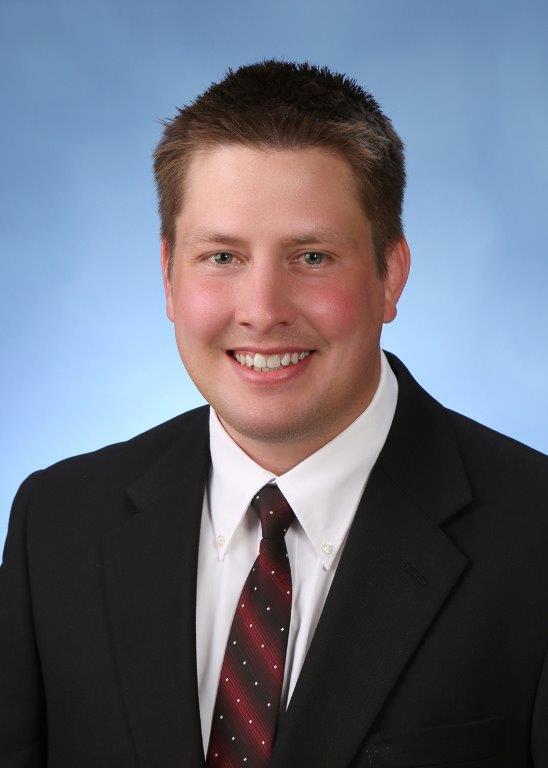 As RDP's Investment Officer, Dan is primarily responsible for developing current and future business relationships, as well as underwriting the investment risk according to RDP policies and tax-incentive program guidelines. Dan is focused on helping businesses with high community impacts invest in distressed rural communities. This task does not end at funding of the investment, but continues through the program compliance periods and beyond.  Dan reviews financials, assesses and mitigates risk, and maintains communication with the business as well as RDP's community partners.

Chris has served on the RDP board since 2009 and has filled the role of chairman for the past four years. Chris is co-owner of a grain and livestock farming operation in St. Ansgar, Iowa. He is an active governing board member of the National Corn Grower Association and the Iowa Corn Promotion board. He has also served at the state and local level of several agricultural and civic boards

Chris served over a decade on the Board of Ag Ventures Alliance, RDP`s parent company. During this he led a project supporting the expansion of Golden Oval Eggs, a farmer-owned cooperative headquartered in a low-income community in Minnesota. Edgington served on Golden Oval Egg's advisory board and shortly thereafter was elected to the governing board. He continued to serve on the Board, including as the board chairman, until the company's merger. Under his leadership, Golden Oval Eggs expanded from two facilities in two states to six facilities in five states with gross revenues increasing from $63M to over $200M. Not only did the business bring employment opportunities to hundreds of low-income community residents, it was majority owned by 700 local farmers and other rural residents until the merger.

Jim has served as a board member since 2012 and became Vice Chair in 2018. Eiler is a FINRA licensed principal at Eiler Capital Advisors, LLC, an investment banking advisory firm located in West Des Moines, IA. Eiler Capital is focused nationally on food, agribusiness, clean-tech/biotech, and renewable energy. He has raised more than $200MM in capital over the last 5 years.

Jim has led teams to raise substantial amounts of at-risk equity capital, senior debt, and gap financing; all of which have come from for-profit investors and lenders. As a commercial lending officer and senior credit officer in commercial banks, Farm Credit System, and John Deere Credit, he directly raised and supervised the raising of billions of dollars in capital for America’s farmers, agribusinesses, and commercial borrowers.

Jim also serves as a board member of the Iowa Corn Opportunity Fund, a venture capital fund owned by the Iowa Corn Growers Association which makes targeted investments to improve the future economics of corn production. He is also on the board of the Iowa AgriTech Accelerator, a mentor-driven accelerator designed to accelerate startups focused on innovating AgTech.

Scott is the executive director of Midwest Renewable Energy (MRE), a CDE focused on renewable energy projects and being a triple bottom line business. Scott has led teams to raise substantial amounts of at-risk equity capital, senior debt, and gap financing; all of which have come from for-profit investors and lenders totaling $300MM.

Scott is an entrepreneur and attorney with over a decade of experience in finance, law, and impact investing. He has a degree in finance from the University of Northern Iowa, a Doctor of Law from Duke University School of Law, and a Master of Public Administration from Harvard University. He also serves as the Mayor of Grimes Iowa. Scott’s brings a background of creating impact and knowledge of the NMTC industry to the RDP Board

Bob is the Senior Vice President Chief Credit Officer for First Citizens Bank, a state chartered commercial banking institution headquartered in Mason City, Iowa. In this position, he leads the development of credit risk strategies with the objective of maintaining a high-quality loan portfolio. Over the past five years, Bob deployed capital of $1.1BMM and oversees a loan portfolio of $950MM in addition to a sold portfolio of residential real estate loans totaling $210MM. Prior to this role, Bob assumed roles in the farm credit system with a focus on credit risk and asset management for agricultural-based borrowers.

Bob has spent 15 years as an Advisory Board Member of Pappajohn Entrepreneurial Center at the North Iowa Area Community College. The Pappajohn program teaches skills to entrepreneurs and helps businesses launch and thrive. Bob employs an active membership to his community while serving as the previous chairman of the Mason City Chamber of Commerce, and past chair of the North Iowa United Way. As a member of the Governing Board, Bob brings his day-to-day credit acumen to guide RDP’s credit review process by establishing and reviewing policy and strategy as well as overall asset management.

Prior to his banking career, Bob worked in the farm credit system. He has been extremely active in his community serving as past chairman of the Mason City Chamber of Commerce and past chair of the North Iowa United Way. Bob is connected to Rural America, having roots in a low-income community that meets the New Market Tax Credit (NMTC) program. He sees how businesses and individuals are affected by lack of capital and quality, high paying jobs. He’s well suited to select organizations needing additional support through RDP’s access to NMTC funds.

Linda is completing her ninth, and final, term in the Iowa Legislature where she most recently served as Speaker of the House from 2016-2020. Prior to becoming Speaker, Linda led the caucus as House Majority Leader from 2010-2015. She is the first woman in Iowa history elected to either position. As Speaker she led a budget of nearly $8 billion in state funds and $8 billion in federal funds while administering the operations of the Iowa House of Representatives and jointly administering the operations of the legislative branch. She is also a Family Nurse Practitioner with a Master of Nursing from Drake University and completed her undergraduate work at the University of Iowa. Her practice focus was cardiology and case management.

Linda served thirteen years as a trustee at North Iowa Area Community College prior to her legislative service. In that role, she served on both the state and national association boards. She then served on the Foundation Board for the college.

As a legislator Linda was involved with the national associations of legislative bodies and currently serves on the Executive Boards of the National Conference of State Legislatures, the American Legislative Exchange Council, and Midwest Conference of State Legislators. She is co-chair of Right Women, Right Now. In 2016 Linda was awarded the Hoover award for Uncommon Public Service by the Hoover Presidential Library Foundation.

Her roots are deep in agriculture, having been raised on her family farm operation and continuing that legacy with her husband, Doug, and their family. As a young mother she served on her county extension council and as a 4-H leader. She and her husband continue to operate the family farm, teaching their grandchildren the importance of their agricultural roots.